In celebration of Black History Month this year, we’ve compiled a list of five black women attorneys we think everyone needs to know. These women made history by breaking down barriers everywhere they went, and admirably, used their positions as leaders to serve and support the black communities where they lived. 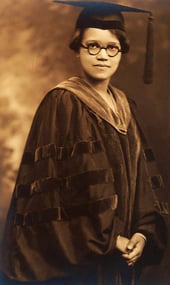 Sadie Alexander was the first woman to earn a PhD in economics in the United States, and in 1927, became the first black woman to graduate from the University of Pennsylvania Law School. She was an Assistant City Solicitor for the City of Philadelphia and was a civil rights advocate, working closely with the ACLU, the National Urban League, and other leading civil rights organizations. In 1947, she was appointed to the President's Committee on Civil Rights by President Harry S. Truman and in 1978, was appointed by President Jimmy Carter to serve as chairperson of the White House Conference on Aging. Check out the University of Pennsylvania’s almanac to learn more about Sadie’s many accomplishments.

Eunice Carter was one of the first black women lawyers in New York state and one of the first women of color in the United States to become a prosecutor. In fact, she was instrumental in taking down the famous mobster Charles “Lucky” Luciano. Her list of achievements also includes service on the United Nations committee to advance the status of women in the world.

Born in 1823, Mary Ann Shadd Cary was an abolitionist, journalist, and attorney. She was the first black woman to become a newspaper editor in the United States and the second black 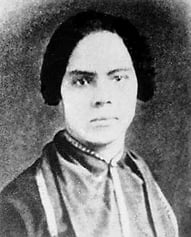 woman to earn a law degree in the country (the first was Charlotte E. Ray). Shadd Cary founded a newspaper, The Provincial Freeman, as part of a larger effort to help escaped slaves find assistance and to cover abolitionist news and issues. She also founded a school for children of all races. In 1863, she became a recruiter for the Union Army encouraging slaves to join the fight against the Confederacy. Not stopping there, she earned her law degree from Howard University in 1883 at sixty years old. Truly a legend.

In 1946, Mahala Ashley Dickerson became the first black woman to practice law in the state of Alabama. She later became the first black woman to be admitted to the Alaska State Bar, and the second in Indiana. Dickerson was a civil rights champion for her entire career. One of her most notable cases came in 1975 when she emerged victorious in an equal pay case for female professors at the University of Alaska. In 1982, she was recognized by the NAACP for her civil rights work, and in 1983, she became the first black president of the National Association of Women Lawyers. She practiced law until the age of 91 and passed away in 2007 at the age of 94.

Lutie Lytle was the third black woman to earn a law degree in the United States, the first black

woman admitted to practice law in the states of Kansas and Tennessee, and in 1897, became one of the first female law instructors in the world. She held a deep love for the law and as the daughter of former slaves, understood intimately its powerful impact. “I like constitutional law because the anchor of my race is grounded on the constitution," Lytle said. "It is the certificate of our liberty and our equality before the law. Our citizenship is based on it, and hence I love it." She embraced her passion and used it to serve the black community for her entire legal career.

These women blazed a trail that was nearly unthinkable during their time. We are forever grateful for their contributions to the legal profession and our entire justice system.