Marijuana and the Workplace: Recent Updates for Employers and Employees

In 1996, California became the first state to legalize medical marijuana. Over the next 20 years, 28 states and the District of Columbia legalized medical marijuana, and nine states (plus D.C.) legalized recreational marijuana. During those 20 years, marijuana legalization had little impact on the workplace. Employers could continue their zero-tolerance drug policies with few repercussions. For example, state courts in California, Colorado, and Washington all found against plaintiff-employees who claimed they could not be discharged due to medical marijuana usage.[1]

The legal landscape began to change in 2017. That year, decisions from courts in Connecticut, Massachusetts, and Rhode Island each found that employers in those states could, in certain circumstances, be required to accommodate an employee’s use of medical marijuana outside of the workplace.[2] The trend in favor of disrupting zero-tolerance policies has continued in 2019. In Whitmire v. Wal-Mart Stores, Inc., the 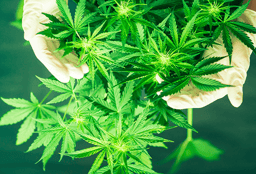 U.S. District Court for the District of Arizona, interpreting an Arizona state law that prohibits discrimination based on an employee’s lawful use of medical marijuana, held that employees may pursue a private right of action under that statute.[3] Additionally, in Wild v. Carriage Funeral Holdings, the New Jersey Appellate Division recently held that the New Jersey Law Against Discrimination may require employers to reasonably accommodate employees who use medical cannabis permitted by the state’s Compassionate Use Medical Marijuana Act, even though the medical marijuana statute does not expressly include such a requirement.[4]

State and local legislative bodies also remain active in passing legislation legalizing marijuana. Today, medical marijuana is legal in 33 states and the District of Columbia, and 10 of those states (plus D.C.) have legalized recreational marijuana. Most recently, the New York City Council passed a bill that prohibits employers from pre-employment drug testing for marijuana and tetrahydrocannabinols (“THC,” the active ingredient in marijuana).[5] Once effective, employers in New York City will be prohibited from requiring prospective employees to submit to a marijuana or THC drug test as a condition of employment, unless the employer meets one of the bill’s enumerated exceptions.

Given the growing trend of lawsuits providing employment protections to users of medical marijuana, as well as the proliferation of state legislation legalizing medical and recreational marijuana use, employers, and their legal counsel, are advised to conduct a review of their current drug-testing policies and practices, and determine whether their policies remain compliant with the laws in each of the jurisdictions in which the employers operate. Employers should consider whether to adopt a uniform approach to drug testing across all jurisdictions, or take a state-by-state approach. In any case, employers that currently enforce zero-tolerance policies should determine whether such policies remain legally permissible in the relevant jurisdictions and, if so, be prepared for future challenges to such policies.


Interested in learning more? Check out Canna-business as Usual? A Guide to Approaching Marijuana and the Workplace.

[5] Int. 1445-A. The bill has been sent to Mayor Bill de Blasio for signature and will go into effect upon signature or if no action is taken by May 9, 2019 (whichever is earlier).

NATHANIEL M. GLASSER is a Member of the Firm in the Employment, Labor & Workforce Management practice, in the Washington, DC, office of Epstein Becker Green. His practice focuses on the representation of employers in employee relations and human resources compliance, as well as litigating claims of harassment, discrimination, whistleblowing, and wage-hour violations. STEVEN M. SWIRSKY is a Member of the Firm in the Employment, Labor & Workforce Management and Health Care & Life Sciences practices, in the New York office of Epstein Becker Green. He is a member of the firm's Board of Directors and Co-Chair of the firm's Labor Management Relations practice group. He has devoted his practice almost exclusively to aiding employers in developing strategies to remain union-free and, in organized operations, to securing and expanding management rights in collective bargaining and in proceedings before the National Labor Relations Board. Mr. Swirsky regularly represents employers in a wide range of industries, including retail, hospitals and health care, manufacturing, banking and financial services, transportation and distribution, electronics, and media and publishing. He frequently advises and represents United States subsidiaries and affiliates of Asian, European, and other foreign-based companies. Mr. Swirsky is a Fellow of The College of Labor and Employment Lawyers, a fellowship of the most accomplished members of the labor and employment law community in the United States, and a member of the Advisory Board of the Center for Labor and Employment Law at New York University School of Law.

General Counsel of Audible on Paving Pathways in Her Legal Journey

Leadership in Phase Three of This Lawyer’s Life