What's Next for the Side Hustle? Part II

These days it seems like everyone has a side hustle - even lawyers. The “gig economy” inspires lots of media attention - both glowing and critical - but it also raises a host of legal issues - from the classification of independent contractors to “no moonlighting” clauses to questions about arbitration agreements. Take a look at the latest from this sector of the economy in Part II of this two-part series:


Cities are helping freelancers collect unpaid wages. In 2016, New York passed the Freelance Isn’t Free Act. Since the law went into effect in 2017, the New York City Department of Consumer Affairs (DCA) has heard over 760 complaints, resolved more than 60% within 90 days, and recovered almost $1 Million for freelance workers. The Act has been so successful that other cities - across the country and internationally - are considering similar legislation. 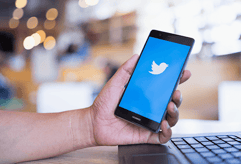 enforcement. After an Epicurious editor posted a job opening on Twitter that he called a “full time freelance” position - paid hourly at 40 hours a week without benefits - a Twitter user tagged in the New York State Department of Labor. The next day, the editor clarified that the job would, in fact, be benefits-eligible. A good reminder to make sure your employees understand the law before taking to social media!


Through it all, mandatory arbitration clauses continue to be upheld. While the employment bar is still grappling with the fallout from the 2018 Epic Systems decision upholding mandatory arbitration clauses in employment contracts, the recent Lamps Plus reinforced that the Supreme Court is building a jurisprudence unfavorable to class-wide relief in both litigation and arbitration contexts. The Lamps Plus decision, which held that employees were not entitled to collective arbitration, also suggests that ambiguity in arbitration agreements will be construed in favor of the employer. Although this trend affects workers in every sector of the economy, freelancers are disproportionately impacted due to the sheer number of such contracts they may be signing as they bounce from one temporary position to another.


These arbitration decisions are making it more difficult for workers to sue their employers - but there have been unexpected consequences for employers as well. After Epic Systems, a Colorado judge knocked out 2,800 employees from a wage theft class action against Chipotle (because they had signed contracts with arbitration clauses). To Chipotle’s chagrin, however, the attorney who helped bring the original class action agreed to represent those plaintiffs in hundreds of individual arbitrations across the country, costing the company thousands on every case. In January, another judge refused to disqualify the attorney from representing individual plaintiffs.


Questions about arbitration agreements will also have an impact on sexual harassment claims (another common issue for gig workers), and depending on the outcome of a handful of cases recently granted cert at the Supreme Court, discrimination claims based on sexual orientation.

For more on current trends in this sector, check out Hot Topics in Employment Law Arbitration (2019), and read up on Part I of this series.