This National Puppy Day, Read Up on Service Animals, Their Special Skills, and the Law

Let’s celebrate National Puppy Day, shall we? (Not that we need an excuse to celebrate puppies). To honor man’s best friend in the most lawyerly way possible, join us as we examine the laws surrounding service animals.

Curious how someone can have a therapy hamster? Me too. Interestingly enough, while many animals are considered therapeutic (equine therapy, for instance, is a popular method for drug rehabilitation), only dogs are considered “service animals” under federal law. According to the Americans with Disabilities Act (ADA), service animals are defined as “dogs that are individually trained to do work or perform tasks for people with disabilities.”

Emotional support animals (ESAs) and therapy animals are different from these dogs and are NOT considered to be service animals under the ADA. According to the law, “even though some states have laws defining therapy animals, these animals are not limited to working with people with disabilities and therefore are not covered by federal laws protecting the use of service animals.” ESAs can be recommended by a doctor to keep a patient suffering from an anxiety disorder calm in stressful situations, but do not undergo formalized training and only require a brief registration to receive their ESA designation. Therapy animals, such as the abovementioned horses that work with recovering addicts, do sometimes have specialized training - but are still not considered service animals for purposes of the ADA.

There are many states that have qualifying statutes further governing the role of service animals in addition to the ADA and other federal regulations. Michigan State University College of Law published this handy table back in 2016. 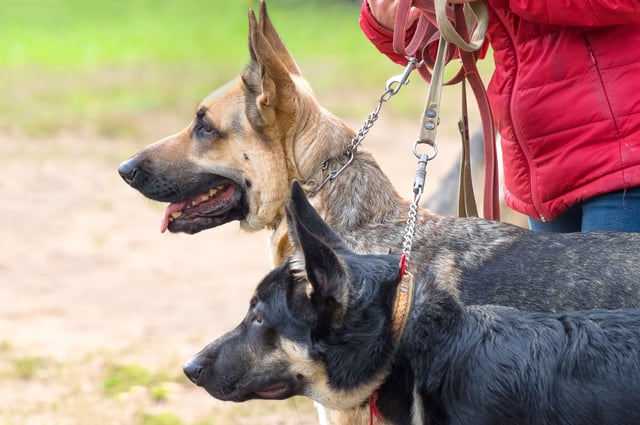 Service dogs go through rigorous training to earn their vests - they average 18-24 months working toward certification. For a dog, that’s up to a fifth of its life! During this time, they learn a ton of special skills, such as:

Check out more of the impressive and life-saving skills service dogs learn here!

Many breeds of dog are suitable to the important role of service animal. German Shepherds, Golden Retrievers, Labradors, Bully breeds, Dobermans, and Rottweilers have all been successfully trained as service dogs. Traits that breeds need to possess are adequate size, strength, and stamina (but not too much energy), highly trainable, not stubborn, and a loyal and friendly disposition.

Of course, the breed of a dog - even a service animal - can open up a whole new set of legal issues; breed discrimination legislation (BDL) is still quite common. Outright bans on breeds - particularly on bully breeds like the American Pitbull Terrier - can directly conflict with the service animal permissions outlined in the ADA.

Lawline loves animals and is proud to offer several animal law programs - check them out here, and check back to the blog for future articles on the laws affecting our furry friends.

Are You Prepared for the Impact of the 2020 Election on Your Practice?

Advocating for People in Prison During the COVID-19 Pandemic

Top Three Tips for Reopening a Business During the Pandemic