A director or officer being sued or investigated for allegations of mismanagement is facing one of his or her worst nightmares. His reputation is at stake (often fueled by a stream of adverse news articles in the local press) and, because a director’s or officer’s liability even for ‘corporate decisions’ is a personal liability, such a claim can be a financial nightmare as well. The situation is made all the worse when the director receives notification that the D&O insurer may be denying coverage. This article will lay out the top 10 steps for a director to take to put him or herself back in control.

If you have been sued or investigated as a director or officer, your company’s D&O carrier has sent a coverage analysis letter back to the company’s risk manager or general counsel. The carrier has no obligation to send a copy to you, even though you are being sued and even though the letter might state that there is no coverage. So first thing’s first: get the letter. Second, if the letter is denying or reserving rights on coverage, know this response is not all that uncommon. Indeed, in our experience the vast majority of initial responses from your friendly neighborhood D&O claims department is anything but a “don’t worry, you’re covered, no problem” response. The reason for this lies in the way D&O claims are alleged. The wording of the complaint almost always results in ‘potential coverage issues’.

The most common response from a D&O carrier is a ‘reservations of rights’ letter. This letter will generally indicate that coverage is initially being provided under your policy but that such coverage may be removed in the future if certain things occur. While this sounds scary, in most instances the ‘reservation’ arises from the fact that claims against directors and officers almost always include allegations of fraud, intentional conduct or some other form of dishonesty. D&O policies, as well as public policy, preclude coverage for intentional wrongdoing. However, in all modern D&O forms in the market today, the so-called ‘fraud’ exclusion is subject to a final adjudication against the fraud, and even then, the exclusion will not apply to other directors who did not know of the fraud. Form wording can be different from policy to policy (not just in the fraud exclusion but generally) so it is best to consult with an expert on the exact wording of your policy (see Step 5) to make sure you are looking at the right policy.


Step 3: Look at your other insurance policies

It is not uncommon for a D&O carrier to either deny coverage or reserve its rights on coverage because there may be another insurance policy that should cover the claim. The most common example of this is when there is a series of ‘related’ D&O claims, the first of which was initiated before the inception of the D&O policy in question. A D&O policy has a number of ‘related back’ provisions that, in essence, say that all ‘related’ claims are deemed to be one claim that was ‘first made’ at the time of the first claim in the series. Fortunately, the D&O policy in existence at the time of the first claim in the series usually has a ‘related forward’ provision that would, in essence, say it will cover all the claims in the series even ones that were initiated against the director after the policy expired. Other common clauses pointing the finger at other insurance policies include: bodily injury/property damage (go to General Liability policy), pollution (go to environmental policy), ERISA (go to Fiduciary Liability policy) and, a bit more problematic, the general ‘Other Insurance’ clause. Of course, at this point, it might be a good idea to actually read the policy. 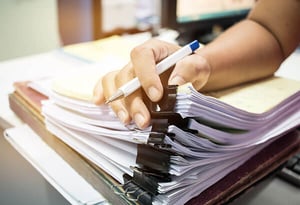 conditions and premium that provides a benefit to the buyer and at the same time safeguard the interests of the carrier. While we always recommend reading the insurance policy before there is a claim, if this hasn’t occurred, it is a good idea to do so now. This also might be a good time to read the company’s by-laws on director indemnification and obtain a commitment from the general counsel that your legal fees, settlements and adverse judgments will be paid by the company, especially in the event the D&O insurer doesn’t pick up the tab. Of course, like all contracts, insurance policies can be technical and D&O policies more so because they are designed for corporate buyers who have access to expertise.

Step 5: Talk with an independent industry expert that you hire

If you have followed steps 1-4, you may already have an opinion as to whether you have a real problem or not. However, either way, it is best to personally retain an insurance expert to review your situation. An expert may confirm your conclusions or point out things you did not see. In the event that the denial or reservations letter is a ‘real’ denial (see Step 2), they can assist you in managing the situation. Preferably the individual should be someone with a D&O insurance carrier background, whether in underwriting or claims. Remember, your company’s fundamental obligation is to its own interests rather than yours, so don’t be afraid to hire your own expert.


Step 6: Talk to the coverage lawyer

Upon receipt of a D&O claim denial or reservations letter, the company will retain outside counsel to review and, if necessary, negotiate with the insurance carrier over coverage. Even though hired by the company, you have a right to speak to the individual since you are the one being sued. If the situation becomes serious, you should contemplate hiring your own coverage counsel.


Step 7: Talk to the insurance broker

Because D&O is a specialised field in insurance, the major insurance brokerage firms assign individuals who only do this type of insurance. Many times these individuals have decades of experience in D&O brokerage and claims. The major brokerage firms also have a ‘policyholder advocacy’ department whose sole job is to help out in claims (at no cost).


Step 8: Talk to the underwriter (not just the claims department)

It is disturbing how often this step is ignored. The underwriter is the person you made the deal with. Presumably, they have an understanding of their intent, perhaps regardless of the ‘plain meaning’ of the words in the policy. Don’t be afraid to get them involved right from the beginning and if the individual underwriter your broker dealt with does not seem interested in helping, go up the ladder until you find someone who is. (If you never find anyone, this is a good reason to move coverage.)

Step 9: Look at what other business you have with the carrier

Often a challenging claims scenario can be resolved by looking at the bigger picture or by moving other pieces around the chessboard. At the end of the day, most carriers just want to make sure they will eventually get their money back through future premiums and/or other business. Understand the goals of the insurance carrier and they are more apt to understand your goals.


Ty Sagalow is the former Chief Underwriting Ofﬁcer for one of the world’s largest D&O insurance companies and is currently president of Innovation Insurance Group, LLC, an insurance consultant. He can be contacted at (212) 909-2244 or via email: tysagalow@innovationinsurance group.com.

This article was originally printed in the August 2014 edition of Financier Worldwide and was reprinted with permission from the author.

Ty R. Sagalow is President of Innovation Insurance Group, LLC. Mr. Sagalow is a 30-year veteran of the insurance industry, having held senior executive positions in underwriting, legal, and product development for major insurance companies. Mr. Sagalow is an expert in new product development in a range of insurance product lines, particularly cyber-insurance, directors & officers liability insurance, professional liability insurance, employment practices liability insurance, and reputation insurance. Additionally, with his unique background combining management and professional liability legal, underwriting, and policy drafting, Mr. Sagalow is one of the industry’s most sought-after experts in D&O/E&O coverage disputes. Mr. Sagalow spent 25 years as a senior executive with AIG. His major positions included ten years as Chief Underwriting Officer and General Counsel for AIG Executive Liability (f/k/a National Union). National Union is the largest provider of management and professional liability insurance in the United States. From 2000 to 2005, he was Chief Operating Officer of AIG eBusiness Risk Solutions, a large provider of security and privacy insurance. From 2005 to 2009, he headed up new product development at AIG General Insurance as President of Product Development before moving to Zurich North America as Chief Innovation Officer. In April 2011, he departed Zurich to create Innovation Insurance Group. Products Mr. Sagalow has created have produced hundreds of millions of dollars of gross premium and include Y2k Insurance, (Entity Cover) Directors and Officers Insurance, Cyber Insurance, Reputation Insurance, and Intellectual Property Collateral Insurance. Mr. Sagalow is a frequent author and speaker. His works include @Risk: Internet and E-Commerce Insurance and Reinsurance Legal Issues and Directors & Officers Insurance Handbook. Mr. Sagalow has appeared on CNBC, WPIX-TV, PBS and Bloomberg Radio, and he has spoken before various tech, legal and insurance forums on issues including the White House, Department of Homeland Security, and Congress. He is also the host of the series “Innovations in Insurance with Ty Sagalow,” produced by World Risk and Insurance News. Mr. Sagalow has been interviewed on the topic of innovation by many organizations, including Harvard Business Review and Business Insurance. He is a summa cum laude graduate of Long Island University, a cum laude graduate of Georgetown University Law Center, and he earned the LLM from New York University School of Law.

[VIDEO] Faculty Spotlight on Amy Peck: Stay True to Yourself and Visit Nebraska

[VIDEO] Faculty Spotlight: Kenneth Biedzynski on Seeking Justice for Clients and Using His Musician Skills to be a Better Lawyer