Although the 2020 Summer Games have been cancelled - like everything else - due to COVID-19, it's still a good time to look back at this beloved tradition and learn about the most scandalous legal controversies that have dogged the Games since their inception. Russian athletes banned - then reinstated - for state-sponsored doping. A high profile sports doctor outed as a serial abuser of hundreds of girls and young women, including several Olympic champions. Hackers targeting Olympics-related organizations. And that was just from Winter 2018.

To celebrate (and mourn) this beloved biennial event, check out five of the most interesting legal controversies associated with the Games. 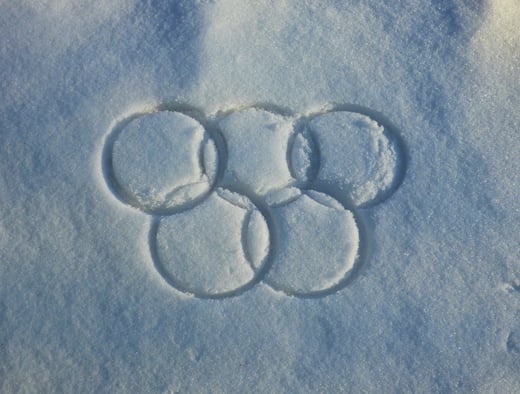 Not confined to any one year, it is no longer a secret that hosting the Olympics is a risky proposition for any city. Most recently, in 2016, Rio de Janeiro declared a financial disaster seven weeks before the Olympics even opened. In both Rio and Athens, former Olympic village sites sit abandoned and crumbling, and the Sochi 2014 Winter Games cost a record $51 Billion. 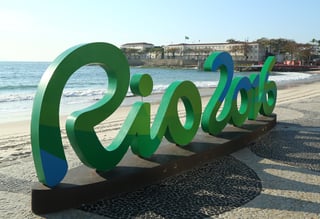 Cities are enticed into bidding by the prestige and and the promise of income from tourists during the games - and for less famous locales, the belief that the exposure will result in more tourism afterwards. In reality, the influx of tourist dollars into the economy rarely offsets the staggering costs needed to build the structures and provide the services that a massive, short-term flood of newcomers need. The recognition that hosting the Games may be a losing proposition has meant a decline in the cities bidding in recent years, as taxpayers in places like Chicago and Boston balked at taking on the responsibility for covering cost overruns.

Beyond the record-breaking price tag, the 2014 Sochi Winter Olympics were also marred by high profile protests and international pressure on the International Olympic Committee (IOC) to relocate the Games due to the Russian government’s mistreatment of LGBT individuals. The protests were sparked by the passage of 2013 legislation banning “gay propaganda” directed at minors and prohibiting gays and lesbians from adopting children, which spurred an uptick in hate crimes against LGBT individuals. Individual Olympians, corporate sponsors, and world leaders all criticized the laws, pointing out that Principle 6 of the Olympic Charter prohibits all forms of discrimination.

Although the IOC chose not to relocate the Games, the international pressure served as a barometer for the international politics of LGBT rights, and in June 2017, the European Court of Human Rights ruled that the gay propaganda laws were illegal.

Although many cities are now shying away from bidding on the Olympics, the bid for the 2002 Winter Games was still a highly competitive game, and Salt Lake City had lost four times previously. In 1998, members of the IOC were accused of taking bribes from the Salt Lake Olympic Committee (SLOC). Although in the end the leaders of the SLOC were acquitted on the bribery charges, many members of the IOC were expelled or sanctioned, and the scandal shone a spotlight on corrupt bid practices worldwide, marking the beginning of significant changes to the bid process ever since.

Lake Placid - a sleepy city in upstate New York - was an unusual choice for the 1980 Winter Olympics, and it was controversial from the start. The Lake Placid bid was accepted in part because the Federal Bureau of Prisons was footing part of the bill to build the Olympic Village - so that it could be turned into a prison. Immediately, Olympic athletes began refusing to stay in the dormitories and advocacy groups like the National Moratorium on Prison Construction opposed the construction, using the Olympic logo in a highly publicized poster for the group Stop the Olympic Prison (S.T.O.P.). In response, the United States Olympic Committee (USOC) issued a cease and desist. S.T.O.P. sued the USOC, seeking a declaratory judgment upholding a first amendment right to use the logo and Olympic name in protesting the prison construction, and the USOC countersued, alleging trademark infringement.

In a precedent-setting decision, the Southern District Court sided with S.T.O.P, noting that no one had profited off the use of the trademarked image and the USOC had established no other injury under the Lanham Act or any other statute. Although advocacy groups were ultimately unsuccessful in preventing the construction of the prison, nearly forty years later this historical decision - as well as the Lake Placid prison - still stands.

In a historical moment with clear analogies to current events, during the 1968 Summer Games African-American athletes Tommie Smith and John Carlos raised their fists in a Black Power Salute as the Star Spangled Banner began to play.  This act, which became an iconic image of resistance, succeeded in drawing attention to the civil rights struggle at home - thought it would cost the athletes not only their Olympic medals but their track careers, and would result in death threats when they returned to the U.S.

Fifty years after he took a stand, John Carlos says he believes that athletes are “more aware of their position in society” - and the impact of their actions is as widely felt as ever.

Use Your Lawline Profile to Boost Your Online Visibility

A Primer on LGBT Terminology